A very brief history of ukulele. 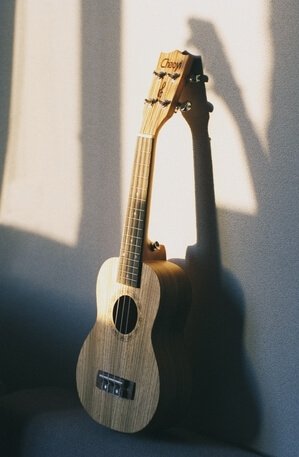 In 1878 Portuguese immigrants came to Hawaii bringing with them traditional instruments: the braguinha and rajão.

Both instruments were combined to create a new instrument known as the taro patch fiddle or – ukulele.

The first company called M. Nunes & Sons was formed in 1910. Thanks to the Hawaiian King, who fell in love with the instrument ukulele was quickly adopted into Hawaiian culture.

From around 1915 Hawaiian music started to gain popularity in mainland America, which contributed to ever increasing popularity of this instrument.

The relatively inexpensive ukulele quickly became one of the musical icons of 1920's Jazz age. 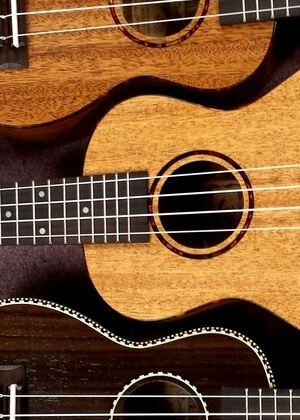 The ukulele slowly declined in popularity through late 1920's and 1930's, with Wall Street collapse being one of the reasons.

It saw a temporary revival in the second half of 1940's thanks to actor and singer George Formby and US servicemen bringing the instrument home with them from Hawaii.

From 1960's popular music becomes to be dominated by traditional guitar bands pushing ukulele out of spotlight.

It would take nearly 4 decades for the instrument's revival. Ukulele, thanks mostly to internet is now regaining its former position as one of the most popular instruments.

Go back to "Articles"
Reasons to learn to play the ukulele.